What Is A Bankruptcy Dismissal? 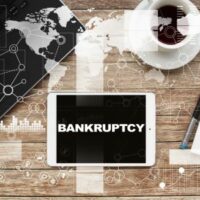 If the court dismisses your bankruptcy case before a discharge is entered, then you will lose the protection of the automatic stay. Once you lose this protection, creditors can proceed with pursuing you for payments. If creditors continue pursuing you, you might end up having to deal with unfortunate outcomes like wage attachment, bank account garnishment, and/or foreclosure.

Courts usually dismiss bankruptcy cases with prejudice for mistakes such as;

When you make a procedural mistake during your bankruptcy case, a dismissal without prejudice is what you are most likely to get. For instance, if you did not file a particular form with the court or failed to pay court fees, your case might end up being discharged without prejudice. However, when your case is dismissed without prejudice, you can refile immediately after your dismissal. When you refile, you must ensure you correct the mistake that led to the bankruptcy dismissal.

By Adam R. Weaver, Esq. | Posted on May 17, 2021
« Can Bankruptcy Stop Me From Keeping My Inheritance?
3 Common Bankruptcy Myths Debunked »