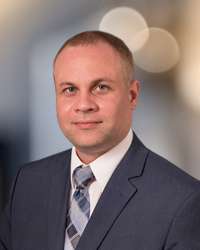 Adam R. Weaver, Esquire is a graduate of Ohio Northern College of Law in 2008. He graduated with a double major in Philosophy and Psychology from Duquesne University in 2005. Attorney Weaver is also a proud graduate of 2010 Class of Leadership Carbon sponsored by the Carbon County Chamber of Commerce. After graduating law school in 2008, for approximately five years, Attorney Weaver began his legal career working for a Chapter 7 Bankruptcy Trustee and honed his skills in the practice of bankruptcy. In September, 2013, Attorney Weaver opened his own law office in Lehighton, Pennsylvania.

Attorney Weaver has a general practice of law, with an emphasis on bankruptcy related matters. He has also presented various continuing legal education courses to other attorneys on the subject of Bankruptcy. Whether you have a consumer or business bankruptcy related issue, Attorney Weaver can help explain the bankruptcy process and identify your legal needs in a complex area of the law with a cost-effective approach.

Attorney Weaver takes this same mentality learned through his experience practicing bankruptcy law toward reaching cost-effective results in his general practice of law to ensure his clients have a full understanding of anticipated costs when analyzing the facts of their specific case.

Areas of
Practice
Dependable, thorough, and knowledgeable. Highly recommended.
I worked with Adam on many occasions and think he is a great attorney.
Professional is great. Highly recommend him!!!!